Home / Woman In Me / I make her the woman she is

The serenity of night brings us together in this villa. That’s the only time we get to spend with each other and that’s the only time when she listens to me with all her heart. Yesterday night was no different. We talked, fought and even cried till the wee hours of the morning. And she shrugged me aside saying, “Just an hour before the milkman rings the bell. I need to sleep.”

That doorbell is the rudest in this house. Rings at the exact same time oblivious of her health and sleep routines. Well, why blame the lifeless doorbell, nobody in the house seems to care.

The doorbell rang and she pounced out of her bed. In a sleepy voice, I requested, “You sleep a little more. Ramu kaka will open the door.” But she didn’t listen. After all, it was the 1st day of the month and she had to pay him.

She tied her hair in a messy bun while rushing across the hallway and attended to the milkman, simultaneously instructed Ramu kaka to prepare sautéed vegetables, grilled sandwiches, baked beans and fresh apple juice for the breakfast.

Girija Tai was just entering and she muttered under her nose, “Madamji is so blessed. She just needs to order and the work is done.”

I felt like confronting her, “Really?” But she chose to ignore and walked to the garden where the gardener was working.  She instructed him about de-weeding, adding new saplings in the kitchen garden and clearing the clutter from the garden. After an hour of supervision, the moment she sat down, Mr. Mehta dropped in, “C’mon sweetheart. You still aren’t ready? We need to go for a jog.”

She resisted, “Our daughter, Vanya is coming home after a year of her marriage. She really misses home-cooked food in USA. I need to make arrangements for her.”

“Oh c’mon. She will come by dinner. You are blessed with so many house-helps. Just instruct them. I don’t want you to put on extra pounds by sitting at home all day long!”

I could have thrown the flower vase on his head but she chose to submit and change into her tracks.

A mile later, Mr. Mehta received a call. A party at the golf club awaited them and the trophy wife, Mrs. Mehta had to accompany.

While driving to the golf club, her eyes chanced upon the puffed bhaturas being fried. I could smell the simmering channas and poked her, “Let’s halt and have a plate here.” But she brushed me aside, “Mr. Mehta will never allow me to eat on a roadside eatery.”

At the party, all the eyeballs were fixed at her, except Mr. Mehta’s. She wanted to bury herself into a corner but her charisma didn’t leave her alone.

By 6 PM, her heels ached and her head spun. I pleaded to take rest and sleep. But she was determined to prepare dum biryani, salan, phirni and kebabs for her daughter, just like Vanya loved. The blend of spices couldn’t be explained or instructed to anyone else. When it came to Vanya, she still doesn’t trust anyone.

Till 9 PM, I silently watched the beauty of love flowing down her neckline in sweat. The doorbell rang and this time it was a welcome view. Vanya rushed to her and hugged her.

After an hour of chit-chatting, laughing and gossiping over dinner, everyone retired to their respected rooms. She dug into the bed and had absolutely turned deaf ear to me. I was trying to wake her up, talk to her and even put in a lesson into her ears but she didn’t respond. Just then, Vanya knocked on the door and she instantly sprang up with a smile.

Vanya hugged her, kissed her palms and thanked her for the delicious spread she prepared even after a tiring day. Vanya apologized for all the times she threw tantrums over food in the past.  Vanya thanked her for all the tiresome efforts she put in her and the family. A tear trickled down Vanya’s eyes, “I realise the worth of a stay at home mom only after becoming one.” I was filled with love and her eyes filled with tears.

After ages, I felt alive. After ages, somebody heard me. Somebody has given me food….food to her soul. I make her the woman she is and yet she never listens to me or cares about me. Every night she chooses to ignore me, bury me into her thoughts so that I am destroyed and brutally killed for the world. She chooses everyone else above me. I might appear feeble like a flickering wick but it’s enough to light a fire and such words of appreciation and gratitude add strength to that fire.

The gratitude is a perfect gift for me and for her health and today I will have a good night sleep with her.

“This post is a part of ‘The Woman That I Am’ Blog Hop #TheWomanThatIAm organized by Rashi Roy and Manas Mukul #RRxMM. The Event is sponsored by Kraffitti.”

Grave issues termed trivial by society Society Woman In Me

Falling prey to societal pressure and losing your identity?

MIL Vs DIL Woman In Me

Post marriage, I dreamt of having 2 homes but society forced me to leave one

Grave issues termed trivial by society Society Woman In Me

I Don’t Know How to Drape a Saree. But I am Neither Proud nor Ashamed.

Top 100 Writing Blogs In The World 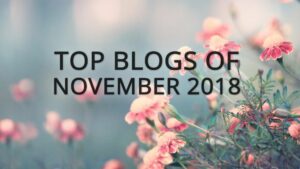